Go For Broke National Education Center (GFBNEC) supports the legacy of Japanese American WWII veterans who served their country at a time when the United States denied their civil rights. Join us in advocating for civil liberties and equality, the cornerstone of our American democracy, by entering our 2022 contest.

In addition to monetary award prizes, first place winners from each category will be acknowledged in our 21st Annual Evening of Aloha Gala on November 5, 2022. All winning entries will be published in an online booklet on our website.

OR a work of POETRY (2 typed pages or less) reflecting on the them of “Honor”:

DEADLINE: Email entries by Thursday, June 30, 2022, 11:59 PDT as a Word doc to studentcontest@goforbroke.org. Include: category you are entering; phone number; school/university currently attending; title of your entry; and 2021-2022 grade/level.

Note: All submissions will be reviewed by a panel of judges selected by GFBNEC. Winners will be notified by Friday, July 30, 2021. In order to stay informed on GFBNEC news and updates, all participants will be added to the eTorch online subscriber list. 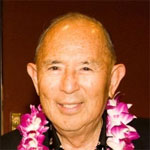 “I just figured I was doing my share…I was proud to be with the 442nd.” 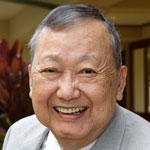 A strong leader with a lasting mission – getting others involved and invested. 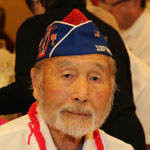 GFBNEC is pleased to organize the “Lawson Iichiro Sakai Memorial Scholarship,” an annual scholarship established by family and friends of the Nisei WWII veteran to recognize students with outstanding community service. One high school student and one college (undergraduate/graduate) student will be selected based on active participation and support of their community.

For 2022, a $500 scholarship will be given to each student. Only applicants who participate in the 2022 GFBNEC Student Essay and Poetry Contest are eligible for consideration.

Born in Los Angeles in 1923, Lawson fully embodied the spirit of courage, patriotism and sacrifice. Following the attack on Pearl Harbor, he tried to enlist in the military service, but was classified as an “ineligible alien.” When the 442nd Regimental Combat Team, a segregated unit of Japanese Americans, was formed in 1943, Lawson immediately volunteered. During his service he participated in the liberation of Bruyeres, France, and the rescue of the “Lost Battalion” in 1944, receiving a Bronze Star, a Purple Heart, and Combat Infantryman Badge. After the war, Lawson founded the “Friends and Family of Nisei Veterans” group and generously shared his WWII experience as a way of honoring those he fought alongside with. A dedicated member of the GFBNEC family, Lawson’s commitment to community serves as a driving force of this scholarship.

GFBNEC is honored to administer this scholarship on behalf of the generous family and friends of Lawson Sakai.

This program is not affiliated with nor endorsed by any school or school district. Go For Broke National Education Center is a nonprofit 501(c)(3) organization.