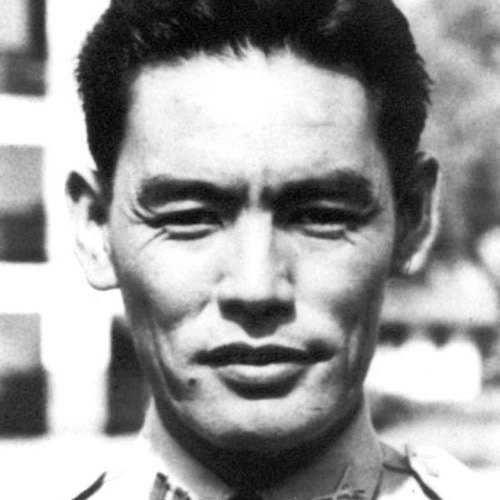 Citation: Sergeant Allan M. Ohata distinguished himself by extraordinary heroism in action on 29 and 30 November 1943, near Cerasuolo, Italy. Sergeant Ohata, his squad leader, and three men were ordered to protect his platoon’s left flank against an attacking enemy force of 40 men, armed with machine guns, machine pistols, and rifles. He posted one of his men, an automatic rifleman, on the extreme left, 15 yards from his own position. Taking his position, Sergeant Ohata delivered effective fire against the advancing enemy. The man to his left called for assistance when his automatic rifle was shot and damaged. With utter disregard for his personal safety, Sergeant Ohata left his position and advanced 15 yards through heavy machine gun fire. Reaching his comrade’s position, he immediately fired upon the enemy, killing 10 enemy soldiers and successfully covering his comrade’s withdrawal to replace his damaged weapon. Sergeant Ohata and the automatic rifleman held their position and killed 37 enemy soldiers. Both men then charged the three remaining soldiers and captured them. Later, Sergeant Ohata and the automatic rifleman stopped another attacking force of 14, killing four and wounding three while the others fled. The following day he and the automatic rifleman held their flank with grim determination and staved off all attacks. Staff Sergeant Ohata’s extraordinary heroism and devotion to duty are in keeping with the highest traditions of military service and reflect great credit on him, his unit, and the United States Army.