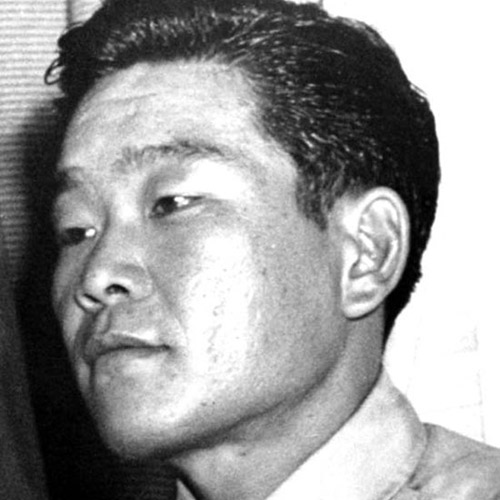 Citation: Shizuya Hayashi
Private Shizuya Hayashi distinguished himself by extraordinary heroism in action on 29 November 1943, near Cerasuolo, Italy. During a flank assault on high ground held by the enemy, Private Hayashi rose alone in the face of grenade, rifle, and machine gun fire. Firing his automatic rifle from the hip, he charged and overtook an enemy machine gun position, killing seven men in the nest and two more as they fled. After his platoon advanced 200 yards from this point, an enemy antiaircraft gun opened fire on the men. Private Hayashi returned fire at the hostile position, killing nine of the enemy, taking four prisoners, and forcing the remainder of the force to withdraw from the hill. Private Hayashi’s extraordinary heroism and devotion to duty are in keeping with the highest traditions of military service and reflect great credit on him, his unit, and the United States Army.

Shizuya Hayashi
Back
Scroll to top