New Guinea was an important strategic island to both the Allied and Japanese Imperial Forces during World War II. Located east of Indonesia and just north of Australia, between the Coral Sea and the South Pacific Ocean, New Guinea is the second largest island in the world. Prior to World War II, its eastern half, the Territory of Papua and New Guinea, was governed by Australia, while its western half was under Dutch control. 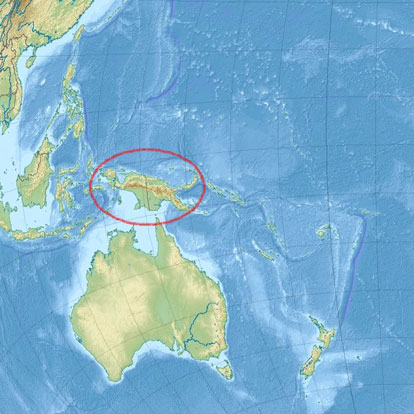 For the Americans, New Guinea served as a strategic point in the second stage of their offensive against the Japanese at Rabaul on the southwest Pacific Island of New Britain. Taken from the Australians in January 1942, Rabaul had been transformed by the Japanese into their most important defense base in the Southwest Pacific region. By the summer of 1943, about 100,000 Japanese troops were stationed there. With New Guinea in their grasp, Japanese forces could also cut communications between the US and Australia. It could also easily dominate other neighboring islands.

US troops fought alongside Australian soldiers in hopes of halting Japan’s advances in the Southwest Pacific. Teams of Military Intelligence Service (MIS) Nisei accompanied both Australian and American forces first at Buna, a major air base on the northern coast of New Guinea, and then at every battle that occurred along the island’s coasts. The Nisei linguists were at the forward area as well as at the rear, furiously translating captured documents and interrogating POWs amid grueling conditions. 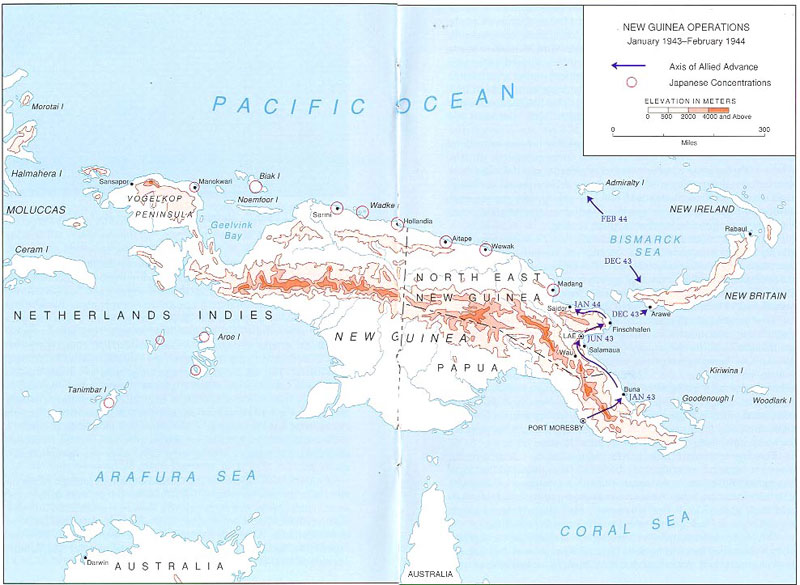 The island’s jungle climate proved inhospitable to soldiers, who endured heavy rains, heat and humidity, swampy mangroves, and debilitating tropical illnesses like malaria and dengue fever as well as dysentery. With sixty pounds of gear on their backs, infantrymen trudged through the muck amidst the stifling jungle climate. An astounding number suffered from psychoneurosis and malnourishment. The thick undergrowth allowed for poor visibility, making ambushes common.

Just prior to his landing at Lae in September 1943, Staff Sergeant Kazuo Kozaki, one of the original graduates from the Fourth Army Intelligence School and then under the 9th Australian Division, was caught by strafing which killed more than a hundred Allied soldiers. He hit the deck but was struck on his backside. He saved one officer’s life during the incident, and endured the pain for three days before finally seeking medical treatment. For his bravery, he earned a Silver Star, the first for a Nisei soldier in World War II, and a Purple Heart.

The MIS translated a cache of documents discovered on an abandoned lifeboat off Lae, including a list of every officer in the Japanese Imperial Army assigned to a unit after October 1942. A few months after its discovery, in May 1943, the MIS was able to construct a document that gave a detailed, accurate profile of the Japanese Army. At Lae, Allied forces also captured more than 1,500 Japanese documents, enabling ATIS (Allied Translator and Interpreter Section) to compile a complete history of the Japanese garrison.

At Nassau Bay, Nisei MIS linguists accompanied both Allied and American forces in the jungle. They performed translations and interrogated POWs at the front lines. Technician Third Grade Albert Y. Tamura became the first Nisei to be awarded a Combat Infantryman’s Badge for his service under the 41st Infantry Division in September 1943.

Nisei linguists participated in the landings at Aitape and Hollandia, in the Netherlands New Guinea, beginning in April 1944. Two divisions with a Nisei team each were at Hollandia. The 41st Infantry Division had a team led by two Caucasian officers and a senior Nisei officer, Staff Sergeant John M. Tanikawa, a 42-year old World War I veteran who had been an instructor at Camp Savage. At Hollandia, the MIS Nisei translated scores of captured documents and helped as interpreters for the thousands of Japanese POWs that were kept in the prison compound constructed there. By December 1944, Hollandia had developed into a “miniature ATIS,” with nearly 50 officers and 150 enlisted.

On June 23, 1944, Technical Sergeant Yukitaka Terry Mizutari, a Hilo, Hawaii, native who led the language team with the 112th Calvary Regimental Combat Team at the landing on Arawe, took a bullet to the chest while defending his team from a surprise attack at the command post. Mizutari was the first Nisei to die in combat in the Pacific. For his bravery, he was posthumously awarded a Silver Star. 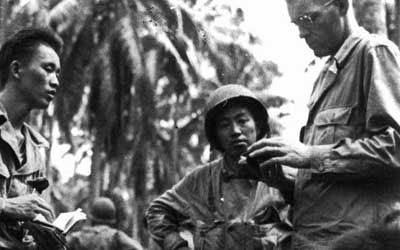 After two years of battle in New Guinea, Allied forces in both the South and Southwest Pacific were in position for a final assault on Rabaul. Instead of a direct attack on Rabaul, Allied forces encircled the area in a plan that was codenamed “Operation Cartwheel.” They secured other islands along the Admiralty Islands located north of New Britain Island and New Guinea, thus isolating Rabaul. As a result, thousands of Japanese troops were cut off, as were communications and supply lines. The offensive against Rabaul was complete. 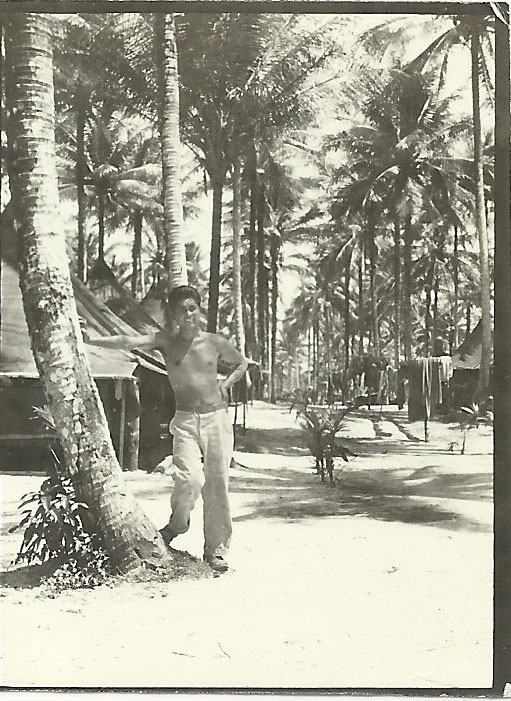