January 21, 1942
The 317 Nisei members of the Hawai’i Territorial Guard are discharged without explanation.

The next day, the Hawai’i Territorial Guard is reformed without any Nisei members.

January 23, 1942
Japanese Americans in the military on the mainland are segregated out of their units.

Within the next two years, more detainees from Sand Island are shipped out to the mainland.

February 23, 1942
A Japanese submarine fires at an oil refinery near Santa Barbara, California, in the first of four authenticated attacks on the US mainland during WWII. There is little damage.3 The other three attacks are minor and result in little damage as well, but they impact the overall sense of fear among the public.

February 25, 1942
The all-Nisei Varsity Victory Volunteers (Triple V) is formed in Hawaii as part of the 34th Combat Engineers Regiment.

The Navy orders those living on Terminal Island, near the Los Angeles Harbor, to leave within 48 hours. They are the first large group of Japanese Americans to be forcibly removed from their homes.

February 1942
In Bataan, Philippines, Richard Sakakida and Arthur S. Komori handwrite and distribute surrender appeals for Japanese soldiers in one of the war’s earliest attempts at psychological warfare.4

March 11, 1942
President Roosevelt issues Executive Order 9095, establishing the Office of the Alien Property Custodian, which freezes the assets of those deemed as aliens.5

March 24, 1942
Public Proclamation #3 is issued, setting an 8 pm – 6 am curfew for all “enemy aliens” and persons of Japanese ancestry in designated military areas.

March 30, 1942
A War Department order discontinues the induction of “Japanese or persons of Japanese extraction, regardless of citizenship status or other factors” in the armed services.

March 24-30, 1942
The first removal of people of Japanese descent from the West Coast to a designated area. This first group from Bainbridge Island is moved to Manzanar Relocation Center.

April 1942 The Fourth Army Intelligence School sends Masanori Minamoto, the first Nisei, to join the 102nd Infantry on Bora Bora in the South Pacific.7
May 1, 1942 The first graduation at the Fourth Army Intelligence School is held, with about 40 Nisei and 2 Caucasian graduates. Following graduation, all but ten of the graduates are sent to Australia, the Aleutians, and the South Pacific. Field commanders clamor for more Nisei linguists. May 3, 1942 General John L. DeWitt issues Civilian Exclusion Order No. 346, directing all persons of Japanese ancestry, regardless of citizenship status, to report to “assembly centers,” where they will live until moved to permanent “relocation centers.”
Over the next six months, more than 110,000 Japanese immigrants and Japanese American US citizens on the West Coast are forcibly removed from their homes and shipped to incarceration centers located in remote areas in seven states. These are: Manzanar and Tule Lake in California; Poston and Gila River in Arizona; Rohwer and Jerome in Arkansas; Minidoka in Idaho; Heart Mountain in Wyoming; Granada in Colorado; and Topaz in Utah. 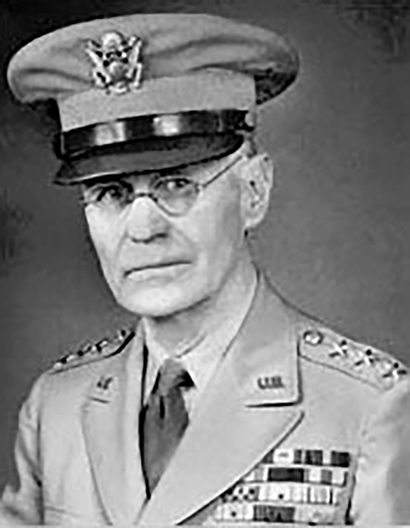 May 25, 1942
The Fourth Army Intelligence School is moved from San Francisco, California, to Camp Savage, Minnesota, because of the exclusion order restricting all people of Japanese ancestry from military zones.

May 26, 1942
General George C. Marshall issues an order establishing the Hawai’i Provisional Infantry Battalion, made up of Japanese Americans from the Hawaii National Guard who were retained in the 298th and 299th Infantries.

June 1, 1942 The first language class at the new Camp Savage, Minnesota site is held. Later in June, it would be renamed the Military Intelligence Service Language School under the Military Intelligence Service. June 5, 1942 1,432 members of the Hawaii Provisional Infantry Battalion depart Honolulu for the mainland. The men will become the original soldiers of the 100th Infantry Battalion (Separate). June 6, 1942 The Battle of Midway ends. The Japanese attack is thwarted and the tide of war begins to turn.

USS Yorktown is hit by a Japanese aerial torpedo during the Battle of Midway. Courtesy of the United States Navy.

A 2d Marine Division patrol wades through one of Guadalcanal’s many tropical lagoons. August 1942. Courtesy of the United States Marine Corps.

June 12, 1942 100th Infantry Battalion (Separate) is officially activated on the Oakland docks. Along the way to Camp McCoy, Wisconsin, they rename their unit “One Puka Puka,” for the Hawaiian word for “hole.” Their slogan is “Remember Pearl Harbor.” June 1942 The first group of MISLS graduates arrives at General Douglas MacArthur’s Southwest Pacific Command in Australia. August 7, 1942 Battle at Guadalcanal begins. Although the MIS linguists do not go in with the assault troops, they join the Marines during the first weeks of combat.
September 19, 1942 Brigadier General Charles A. Willoughby, chief intelligence officer for Gen. MacArthur, establishes the Allied Translator and Interpreter Section (ATIS) in Melbourne, Australia. It later moves outside of Brisbane, Australia. Over the course of the war, more than 3,000 Nisei linguists would work in and out of ATIS headquarters. Brothers Tadao and Takashi Kubo interrogate the first captured Japanese pilot on Guadalcanal.

An ATIS “scanning conference.” A Nisei linguist at the far right scans a captured enemy document. Col. Sidney Mashbir (seated fifth from left) and officials (including a Chinese General) look on and listen. Courtesy of the United States Army.

Aerial view of nearby Ship Island, where the Nisei lived during part of the Cat Island experiment. Courtesy of the United States Geological Survey.

October 2, 1942
Elmer Davis, Office of War Information Director, recommends to President Roosevelt that Japanese Americans be allowed to enlist for military service. This provides the initiative for the formation of an all-Nisei military unit.8

Mid-October, 1942 MIS Nisei join Allied forces for the Papua campaign, which lasts through mid-February. At Buna-Gona and Port Moresby, they translate captured documents and interrogate POWs in grueling jungle conditions.

November 6, 1942
Twenty-seven hand-picked Nisei from B Company, 100th Infantry Battalion (Separate), arrive in Mississippi to begin a secret assignment to train dogs to first detect and then attack Japanese based on their allegedly distinctive scent.9 The Nisei remain at Cat Island for five months, before the experiment is deemed a failure and is shut down.

December 1942
Hung Wai Ching takes Assistant Secretary of War John J. McCloy to Kolekole Quarry to see the Varsity Victory Volunteers hard at work. Some say that this helped convince officials in Washington that Nisei were sincere in wanting to serve.